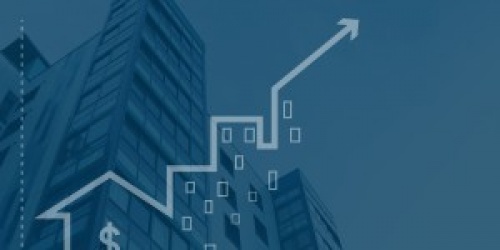 Rising prices and interest rates since the free float of the Egyptian pound have pushed the real estate industry to be creative in funding and marketing projects, yet investors and developers are still optimistic about the sector's prospects, The Central Bank of Egypt's Monetary Policy Committee decrease interest rates in March 2018, in the same time 20% investment certificate will be ended by May 2018 which lead to more cash liquid, Despite the increase in construction costs for developers and unit prices for end consumers, the decreased purchasing power of the EGP has driven an influx of foreign and expat interest in Egyptian properties.

Some experts believe that rising interest rates are challenging the traditional notion of real estate as a safe investment, nothing that they have impacted overall activity in the sector. Before the pound’s float, property values appreciated by an average 25% each year, and when inflation held steady around 9-II%, properties generated higher return on investments than banking instruments. That has changed

New investment in real estate will also be triggered by the introduction of real estate investment funds (REIFs in Egypt. These are mutual funds that invest in land and commercial, residential or industrial properties as well as real estate firms' capital market portfolios (such as stocks, bonds or any financial instruments tied to real estate). While the Financial Regulatory Authority CFRA, formerly the Egyptian Financial Supervisory Authority) signed off on the introduction of REIFs in the market in 2014, they only started to officially launch in late 2016 REIFs are a more sophisticated tool for real estate developers to finance their projects, compared to off plan payment plans and equity financing. These funds enable developers to proceed with construction on multiple projects regardless of their cash on hand., For investors, REIFs provide "exposure to an asset class called real estate without holding the physical asset

Lack of housing is one of the leading causes of Egypt's economic and social woes. Estimated at 3 million unit the housing gap continues to widen as the population rapidly grows and only 20,000 new units hit the market each year. When Egypt's Sustainable Development (SDS) 2030 was unveiled in 2015, shrinking the housing deficit was acknowledged as key to sustainable economic growth. To achieve this, the state has taken a multi-pronged approach that includes expanding the housing market for low and middle-income buyers and easing the pressure on Egypt's existing urban centers